We are proud to present our most productive outstanding young member at the STIM Center of Excellence, a two-time Science Award winner!

Below is his interview for the Universitas portal.

I completed my undergraduate and graduate studies in mechanical engineering, my doctorate in the field of computational fluid dynamics and experimental analysis of hydrogen powered proton exchange membrane fuel cells. I deal with computational analysis of fluid flow and simultaneous heat and mass transfer, as well as experimental testing, validation, and optimization, to improve the performance of fuel cells and various hydraulic and thermodynamic systems. I work mostly in collaboration with other institutions, especially foreign ones, due to the requirement for very expensive equipment and highly specialized staff dealing with hydrogen technologies. In the field of international cooperation, I would like to emphasize the cooperation with Oxford University, Jiangsu University, Graz Technical University, ZSW Institute in Ulm, Germany, and domestic cooperation with partners from the STIM-REI project.

Mathematical and experimental analysis are interrelated. Most researchers deal with one or another field, but in my experience so far it is necessary to deal with both, to gain relevant knowledge. In order to solve different advanced engineering problems, I create mathematical models of different degrees of complexity on high-performance computers, then calibrate the mathematical model and validate the results with experimentally obtained measurements, performed in collaboration with colleagues in laboratories in Croatia and abroad. After the model accurately describes the parameters of the state determined by experimental measurements, I examine the effects of various modifications on the system performance using computers for iterative solving of highly complex differential equations. Different parameters are studied, from geometric modifications to changes in operating parameters such as chemical composition, temperature, pressure, etc., and optimization of relevant features is carried out to obtain the desired performance characteristics. Finally, the process results in the development of a superior performance system with a significantly reduced financial outlay required for improvements, since the testing is performed on a computer, and this results in insight into many potential shortcomings during operation that are very difficult to be observed solely by experimental testing. The time required to perform a large number of calculations is much shorter than the usual production of a large number of prototypes which then need to be experimentally tested for a long time. In addition to computational analysis, I deal with the development of experimental setups and measurements because mathematical calculations and experimental validation are correlated with each other, and it is almost always necessary to examine unexpected phenomena observed in the numerical model and experimentally verify the observations to determine the source of the unexpected occurences. For this purpose, it is necessary to simultaneously modify the experimental and mathematical models based on currently gained knowledge. My area of interest are renewable energy sources, with a focus on hydrogen technologies, especially proton exchange membrane fuel cells, but I also deal with a number of other areas in which I perform mathematical analyzes and compare data with measurements made by other research teams (mixing processes, performance analysis of various hydraulic machines, phase change material analysis, modeling of stationary and transient chemical processes, etc.). Regarding the outstanding achieved results in the field of mathematical and experimental analysis, they are the product of my cooperation with other institutions abroad and in Croatia. In collaboration with researchers from Oxford University, UK, and Jiangsu University, China (who contacted me because they read my paper that was interesting to them), I am working on developing a proton exchange membrane fuel cell system based on the variable temperature flow field concept, which I developed and elaborated in detail in my doctoral dissertation, in conjunction with the variable distribution of catalysts (where expensive platinum nanoparticles are found among other components). During the cooperation so far, we have managed to increase the maximum current density in the fuel cell by as much as 69%, reducing the amount of platinum by 18%, which means that the fuel cell in which the newly developed concept would be applied to, could be significantly smaller (and consequently of lower economic cost) and very competitive in the automotive sector. We are currently working intensively to develop several new forms of flow fields for fuel cells to further improve the performance with colleagues from Jiangsu University making experimental installations using advanced technologies such as 3D printing and sintering of metals for bipolar plates and optimizing the coating process of nanoparticles on the substrate of the catalytic layer.

Cooperation with the Technical University of Graz is based on the development of a completely new form of flow field based on biomimetics, mimicking the appearance of shark skin, so-called shark-skin flow field, where the test results found that in this way the performance of the proton exchange membrane fuel cell can be significantly improved. The research was carried out as part of a project in which the main partners are the automobile giant Volkswagen and the largest private institute for testing of internal combustion engines in the world, AVL List GmbH. A new system for diagnostics and data collection during the operation of fuel cells based on printed circuit board technology has been developed and is significantly cheaper than similar systems available on the market, and patent applications are currently being compiled for the newly developed diagnostic system and sensors.

In collaboration with researchers from the ZSW Institute in Ulm, Germany, I have developed the most complex fuel cell numerical model so far which resulted in highly accurate prediction of fuel cell performance under a variety of operating conditions, as was validated by colleagues at the ZSW Institute.  As a result of our collaboration, the causes of deficiencies observed during the operation on their fuel cell stack, which were not known until then, were discovered.

On the STIM-REI project, I am working, among other things, on the development of a hydrogen micro-fuel cell that will serve as an alternative power source for devices such as artificial cochlea for the hearing-impaired persons, pacemakers, etc. The advantage of micro-fuel cells is the ability to achieve the required operating voltage with a device of significantly smaller dimensions compared to batteries (dimensions would be several millimeters, with components in the dimensions of several tens of micrometers) whereby such a system could work smoothly and uninterrupted for a significantly longer time when compared to conventional batteries used in such systems, and the hydrogen recharging time would be only a few minutes. Micro fuel cells are considered as a potential replacement for batteries with a significant number of advantages, therefore the applications of micro fuel cells are very wide. In the further phases of the project, it is planned to supply various types of sensors that would thus enable long-term operation, and later the development of systems for mobile phones, laptops, etc.

In 2019, I published 4 scientific papers in international journals, there should have been more, but I spent three months at the Technical University of Graz, as a postdoctoral researcher, and worked on the development of proton exchange membrane fuel cells for automotive applications on several of their ongoing research projects, which took a lot of time and energy, so I did not have enough time to write more papers. In addition to these papers, in 2019 I also had 14 conference papers that were created as a result of collaboration with other researchers. In 2020, I published 4 scientific papers in international journals and 3 conference papers, the number of conference papers in 2020 was significantly influenced by the current epidemiological situation.

I mentored students at the international competition ESTECO which was thematically related to hybrid micro-grid systems, with the aim of developing an optimal renewable energy system for a city in India. Students won 1st place in competition with 42 universities from around the world. My support was in training students in the development of advanced mathematical models using computational fluid dynamics to analyze the performance of renewable energy sources such as active-cooled photovoltaic panels and Archimedes turbine, where students received special praise for being the only ones to develop such complex models, while other teams used less sophisticated methods.

I am honored to be the winner of the State Award for Science for Research Fellows and the Award for Science of the University of Split because it is a recognition of my work so far and a great motivation for further research. I plan to deal with the further development of systems with renewable energy sources and proton exchange membrane fuel cells in cooperation with researchers in Croatia and abroad because I believe that proton exchange membrane fuel cells are the future of the automotive industry. 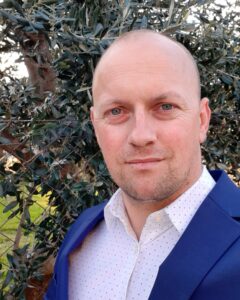 The project is co-financed by the European Union with a grant from the European Regional Development Fund.
The contents of this website are the sole responsibility of the University of Split.